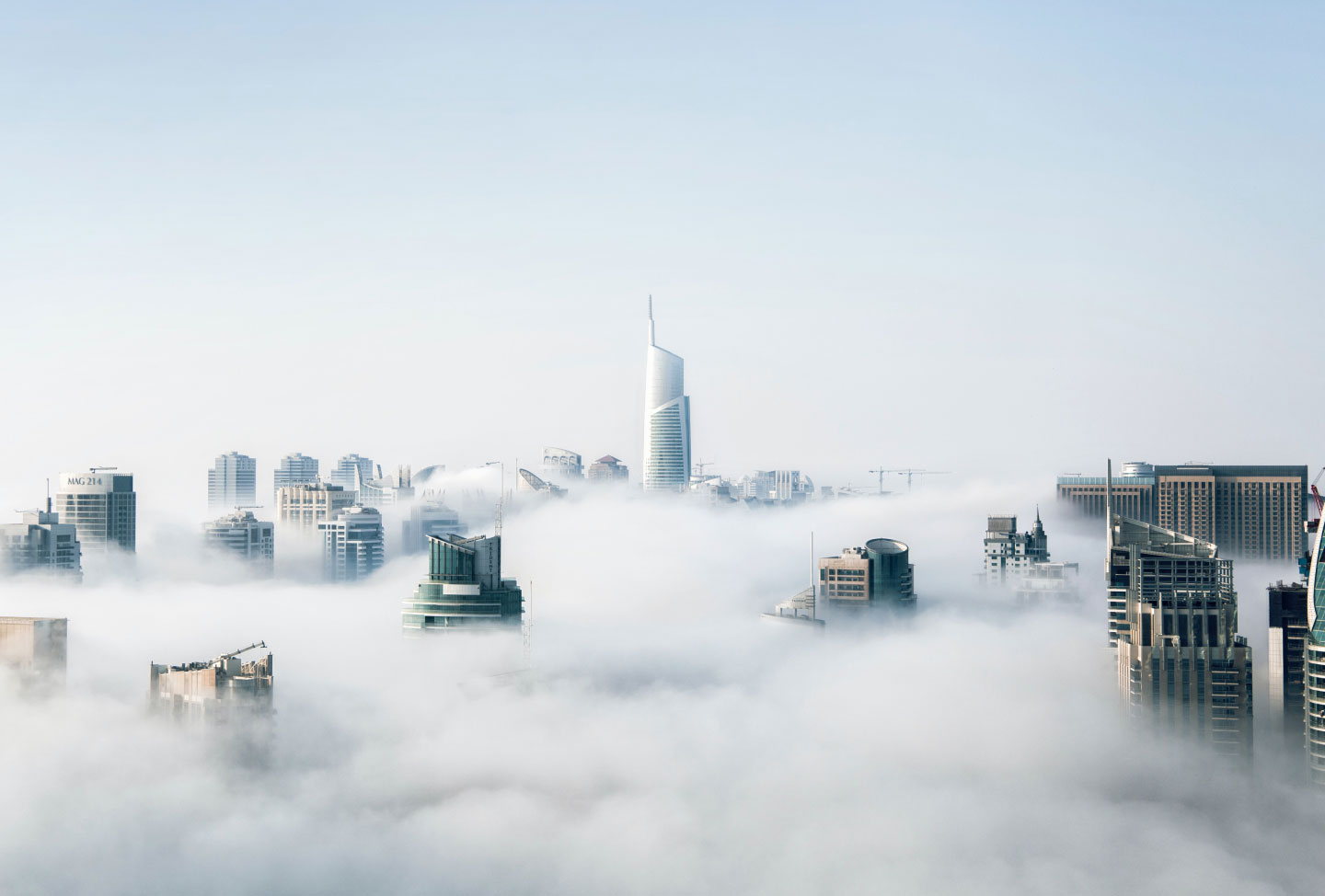 In the post pandemic world, we stand at the precipice of possibilities. We can either accelerate our journey towards a more equitable and sustainable future or expedite our extinction. If we want to thrive, we need to collectively reimagine and design the future at an exponential pace. We need to be dreamers and more.

SingularityU India Summit powered by Hero Vired is that place where innovative leaders and institutions come together and create an action plan to pole vault into the future through talks, master classes, workshops and unprecedented networking with diverse topics including future of work, clean tech, electric mobility, education, and more.

Join us to be active designers of our future, and not just passive observers of it.

Tickets for summit All prices are exclusive of GST

For bulk booking, corporate booking
OR other enquries please email at events@inktalks.com. 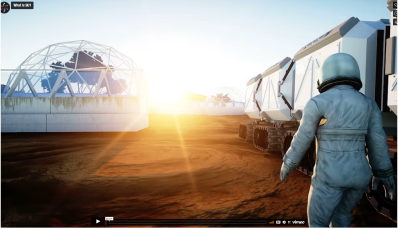 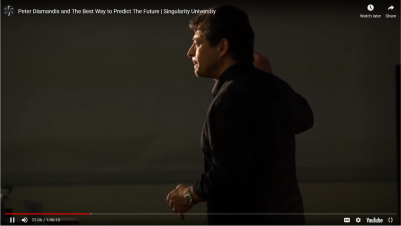 The best way to predict the future 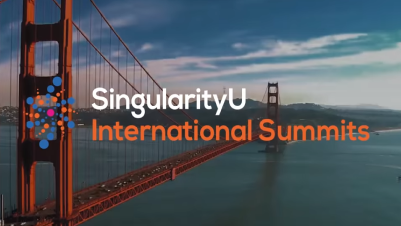 For more than a decade, the Singularity Group has pursued its mission to educate, empower and inspire leaders to leverage exponential technologies to solve humanity’s grand challenges. We believe that by convening passionate, action-oriented leaders to learn how the world is changing, connect with a global ecosystem, and take action upon their future vision, we will build a community to positively impact a billion lives.

Hero Vired is a premium learning experience offering industry relevant programs and world class partnerships, to create the change makers of tomorrow. At Hero Vired, we believe everyone is made of big things. With the experience, knowledge and expertise of the Hero Group, Hero Vired is on a mission to change the way we learn. Hero Vired aims to give learners the knowledge, skills and expertise through deeply engaged and holistic experiences, closely mapped with industry to empower them to transform their aspirations into reality.

INK is India’s leading platform for exchange of cutting-edge ideas across a wide spectrum of science, technology, community and culture. INK accelerates the journey of game changers that includes people with transformative ideas by helping them build their personal brand and narrate their stories on the global arena. INK delivers exceptional leadership development programs by bringing together a unique set of speakers, coaches, and mentors. For over a decade, INK has worked with global brands to curate and execute enriching experiences, events, and conferences. 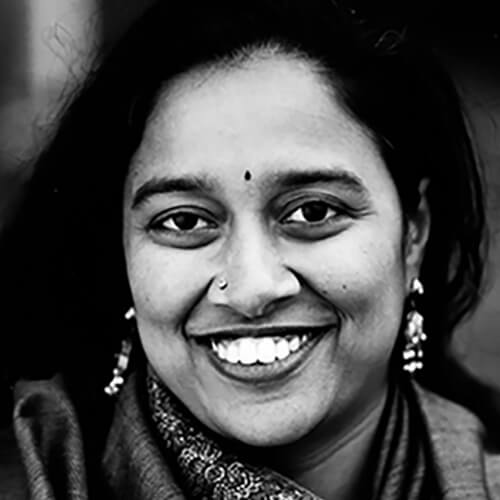 As the Founder and CEO of INKTalks, Lakshmi has built one of India’s leading platforms for exchange of cutting-edge ideas across a wide spectrum of science, technology, community and culture.  Lakshmi brings over three decades of experience in the corporate world, philanthropy, entrepreneurship and venture capital.

Lakshmi has been instrumental in identifying unusual game changers of all ages, coaching them to communicate their stories, and curating a powerful network of resources that help turn great ideas into reality. A dynamic storyteller and an interviewer with a penchant to help global leaders connect the dots and share their professional and personal stories, Lakshmi has worked with them to help build their personal brand and narrate their stories on the global arena.

As an insightful interviewer, she has interviewed notable leaders across various domains on radio, on stage as well as online.  Her interviews bring out the behind-the-scenes brilliance of leaders across disciplines like Oscar winning director James Cameron, Magsaysay award winner Prakash Amte, billionaire philanthropist Anu Aga, iPod designer Tony Fadell, inaugural executive director of Google.org and member of the team at the W.H.O that eradicated smallpox, Dr. Larry Brilliant – to name a few.

As an influential writer, Lakshmi empowers her community through her engaging posts and thought-provoking content for her digital audience to learn about leadership challenges in everyday lives, and explores ideas on how to navigate through them in challenging times. In addition to posting regular columns on LinkedIn, she has written for leading global publications including Fortune, Open Magazine, Deccan Chronicle, San Jose Mercury, and San Francisco Chronicle.

Lakshmi’s journey began at Intel, where she was part of Intel’s transformation from a chip company to a consumer brand and an industry influencer through important investments. Later, she joined the American India Foundation, where she streamlined diaspora charitable giving and raised over $30M in her five-year tenure. Following that, she co-hosted TEDIndia along with Chris Anderson, unleashing a surge of stories from India to appear on some of the most powerful platforms across the globe.

Lakshmi is the recipient of numerous awards and honors, including being named as “Inspirational Icon” at the Audi Ritz Awards in 2015, Forbes Magazine’s 2010 list of “Women to Watch in Asia”, Alumni award from Portland State University in 2010. 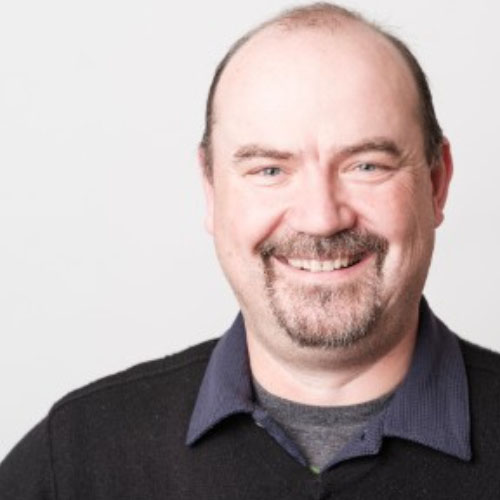 Dermot is an integrator and process expert, driving excellence in business operations as a tool for rapid growth.  Dermot began his career as a biochemist with Schering-Plough Pharmaceuticals in their state of the art bio-manufacturing facility in Cork Ireland. After moving to California in 1994, Dermot quickly transitioned from the laboratory to operations and project management with Syntex, Roche, and Yamanouchi.  Dermot’s commitment to the impact of process re-engineering was strengthened during his leadership of the automation of the monoclonal antibody production process at Medarex (acquired by Bristol-Myers Squibb in 2008), combining process re-engineering, custom software development, integration, and massive change management to allow four technicians to produce nine times more R&D samples than sixty scientists had produced prior to automation.

Today Dermot leads the day to day operations of Singularity Group and is driving the recovery post-Covid.

Dermot received his a B.S. and M.S. degrees in Biochemistry from National University (Galway Ireland) and his MBA from Pepperdine University. 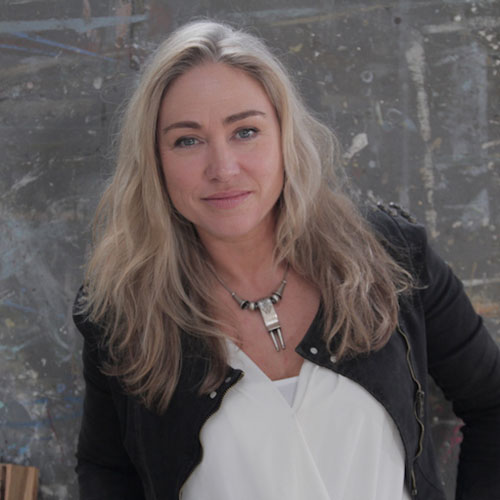 Sally Dominguez is a thought leader in resilience, sustainable innovations, and exponential mindset.A futurist and inventor with seven international product awards, Sally pioneered two new product categories that are now mainstream, and has been named one of Australia’s “50 for the Future” entrepreneurs in the USA. Sally coaches Fortune500 Companies in moonshot thinking and 10X leadership, and has worked most recently in the innovation areas of green hydrogen, electric transportation, and the convergence of work, transport, home and decentralized green energy. 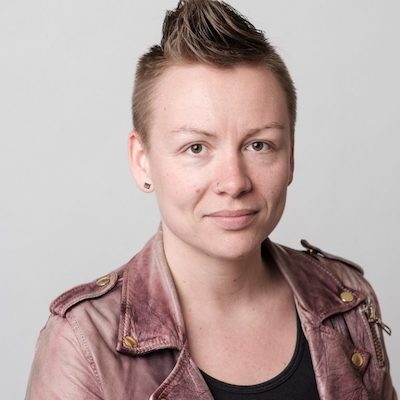 Anita is the CEO and Co-Founder of Iris.ai; one of the 10 most innovative artificial intelligence companies in 2017 according to Fast Company. Iris.ai is an AI Science assistant, able to read and connect scientific knowledge, that will grow up to be the world’s first AI Researcher within a decade.Anita was announced by Forbes to be one of the World’s Top 50 Women in Tech in 2018. She throughly enjoys her time on stage, has done two TEDx talks and 500 startups, SU Global Grand Challenges Awards and TechCrunch Disrupt Startup Battlefield alumni.Anita has never had what she refers to as “a real job” and Iris.ai is her fourth own startup. The past 10 years of her career have spanned over 9 industries including developing an e-learning tool in Silicon Valley, performing theatre for babies, reducing energy consumption in the process industry through heat exchanger network optimization, getting 30 (mainly middle-age, male) engineers to dance to ABBA in front of their co-workers, facilitating solar light business creation in Kenya, being in the centre of several startups crashing and burning, organizing entrepreneurial conferences and trying to disrupt the recruitment industry. She also dropped by 6 universities on the way. And built a race car. 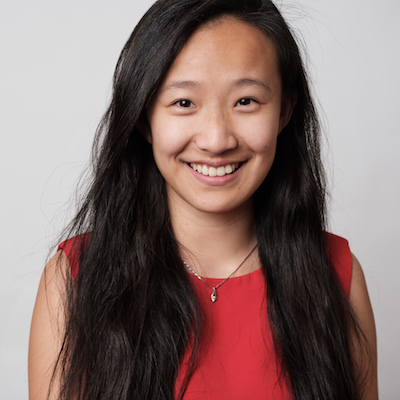 Shuo Chen is a General Partner at IOVC, where she focuses on early stage venture investments in Silicon Valley with a focus on future of work and enterprise/SaaS. She is also Faculty at UC Berkeley and Singularity University. Shuo is appointed by California Governor Gavin Newson to serve as 1 of 13 voting members on California’s Mental Health Commission as well, which includes overseeing ~$2.6 billion annually in state budget and advising the Governor or the Legislature on mental health policy. 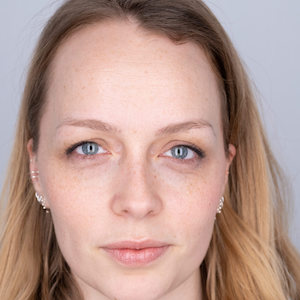 Alix is a researcher in philosophy of technology and the Director of Curated and Research Content at Singularity. She investigates the societal and cultural impact of exponential technologies. Her current research centres around two large scale projects. The first focus is on the effects of automated decision-making algorithms, Artificial Intelligence, and algorithmic bias. She works to create understanding about how decisions made in the design process can lead to unwanted and biased outcomes, and to empower leaders to build AI that is equitable, fair, and just. The second project comprises an analysis of the digitalisation of information, its effects on decision making, and on ethics. The focus here is to reposition decision makers vis-à-vis the way they inform themselves, to investigate and challenge computational paradigms, and to envision an approach to ethics that befits 21st century dilemmas. 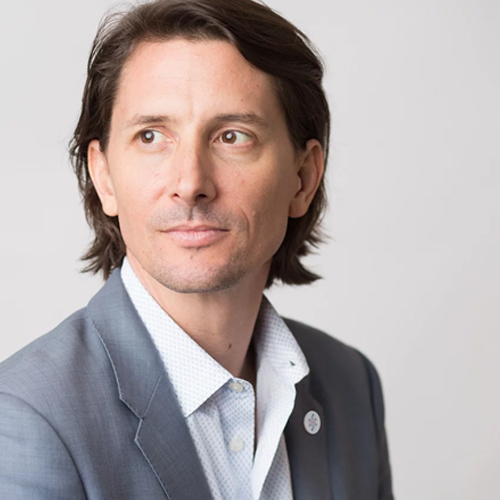 He advises organizations on making the shift from linear to exponential mindset, identifying long-term technological threats and opportunities, and making a positive impact.

Rob is a technologist, engineer, serial entrepreneur, investor, advisor, and father of two small kids who remind him daily that his past is mostly irrelevant to their future. He is equally excited and terrified by this future and is passionate about creating tools, content and networks that can shape an equitable and inclusive future of abundance for all. 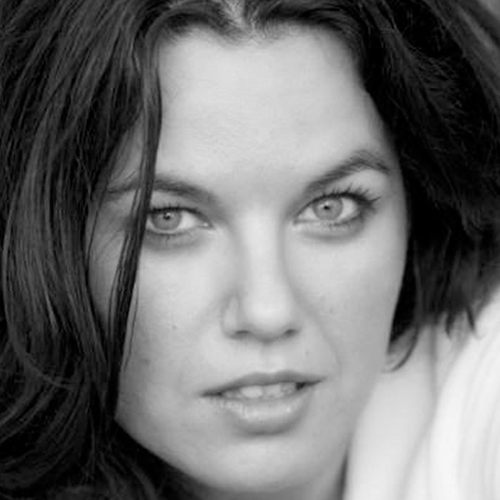 For over 20 years, behavioral scientist Ja-Naé Duane dedicated herself to one mission: Make life better for one billion people. This award-winning innovator and expert on global systems focuses on helping corporations, governments, and universities understand and develop systems of the future using emerging technology such as VR/AR, AI, and blockchain. Ja-Nae guides companies forward, helping them get out of their own way to create exponential innovation and future forecasting. She has had the pleasure of working with companies such as PWC, Samsonite, Constant Contact, Natixis, John Hancock, AIG, Deloitte.  A top-rated speaker within the Singularity University community and the author of the bestseller, “The Startup Equation,” Ja-Nae at helping both startups and multinational firms identify new business models and pathways for global scale. 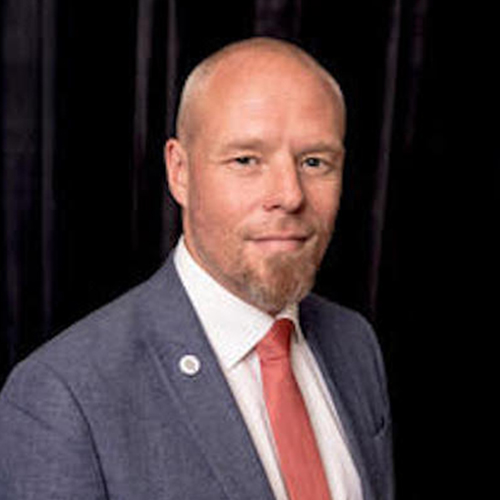 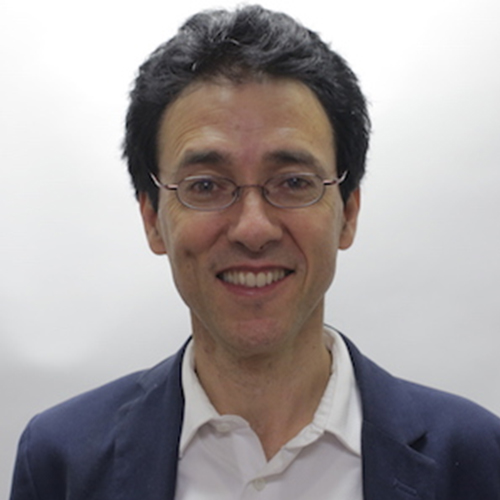 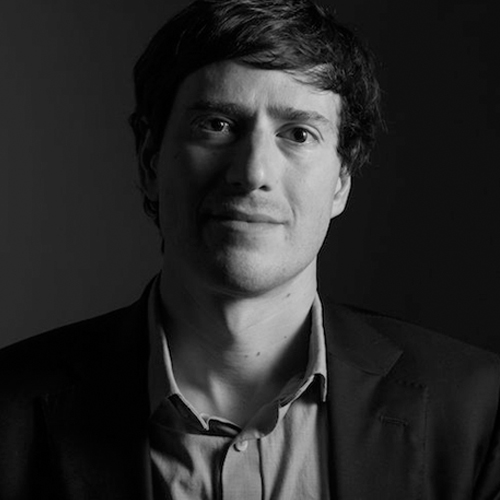 Alex Gladstein is Chief Strategy Officer at the Human Rights Foundation. He has also served as Vice President of Strategy for the Oslo Freedom Forum since its inception in 2009. In his work Alex has connected hundreds of dissidents and civil society groups with business leaders, technologists, journalists, philanthropists, policymakers, and artists to promote free and open societies. Alex’s writing and views on human rights and technology have appeared in media outlets across the world including The Atlantic, BBC, CNN, Fast Company, The Guardian, The New York Times, NPR, TIME, WIRED, and The Wall Street Journal. He has spoken at universities ranging from MIT to Stanford, briefed the European Parliament and US State Department, and serves as Singularity Expert, at Singularity University and as an advisor to Blockchain Capital, a leading venture firm in the fintech industry. He frequently speaks and writes about why Bitcoin matters for freedom. He currently lives in the San Francisco area, and you can reach him at alex @ hrf.org. He co-authored “The Little Bitcoin Book” in 2019.

Re Imagine Your Business: 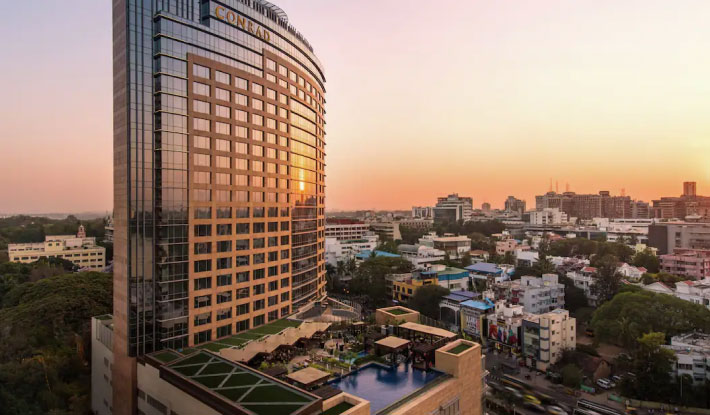 For ticket & other enquiries: